We require hands to be water washed before shopping in the store.
We have in store with no appointments or video shopping can be scheduled on Schedule Tab/Shopping Appointments.
We are currently still shipping orders and preparing orders for curbside pickup. Temporary Reduced Hours-Pacific time: Monday-Saturday 10am-6pm and Sun Closed 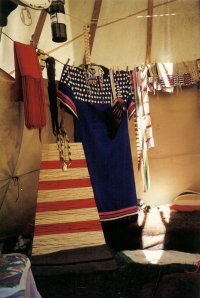 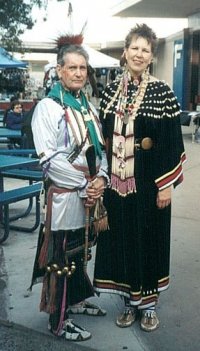 Dancing Bear Indian Trader was founded in 1990 in Southern California by its namesake, “Dancing Bear”, Don Tracy. Don’s first sale was at the Sycuan annual powwow in the mountains east of San Diego. He set up a single table and offered a selection of Indian craft supplies. Ever since then Dancing Bear Indian Trader has been setting up their booth at powwows all throughout Southern California, serving the craft and regalia supply needs of the Indian community as well as the general public.

Dancing Bear Indian Trader expanded in 2005 by adding an ecommerce website. In 2008 we opened our first store in Vista, California, Expanded & moved our store to Escondido in 2011.

At any given powwow, dancers know that if they need an emergency regalia repair, they can always come to Dancing Bear for a needle and a length of sinew to save the day.

We're happy to answer questions or help you with returns. Please fill out the form below if you need assistance.
Categories